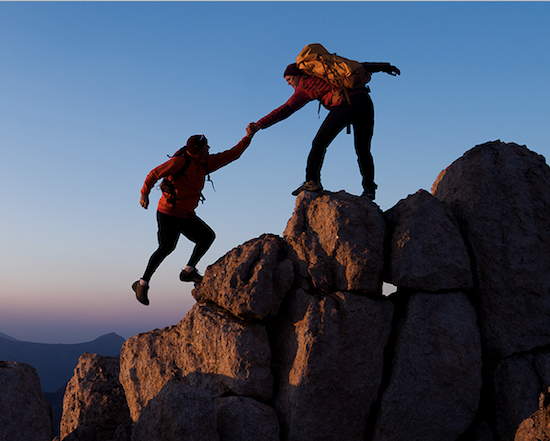 Let’s Talk About You

​What would you ​like to know about real estate investing. Our goal is to produce content that will help you succeed.

Go to our contact page and send us a message of a topic you ​may need help with.

It only takes one idea to change your life.

​Chuck, saved be from a huge loss. To me he is ​the man, the myth, the legend.  Thank You!

How to Get Started Investing

How to Get Started Investing

​​​Every day you get closer and closer to retirement. Every day that you don't start on building a safe and secure retirement plan means less time for your money to grow.

When we're younger, we tend not to think much about retirement,
we instead believe we are invincible and will live forever.

So we tend not to save or plan for our retirement.
As the years go by, we tend to think more about retirement and, more importantly, how will we have the income we need when we finally retire.

But usually, we don't actually develop a plan to provide for the cash flow we would need or like to have when the time comes.

In fact, we most likely haven't even given any thought to how much income we'll need at retirement.
Then as we get in our 40's, 50's, and for some '60s, we realize that retirement is coming faster than expected, and we still haven't done much if anything toward saving and investing.

So what will you do ​to have a safe and secure retirement?

Below is an excerpt from the ​​Motley Fool Website

Retirement Stats That Will Blow You Away

​
"There is a retirement crisis in America… Too many people have little or no savings and aren't doing anything to change their situation."

​"Americans know they won't have enough money, but still won't save."
"The vast majority of those in the prime of their careers are aware they have a problem with their retirement savings. They're right."

The average 50-year-old has $42,797 saved. If you look at the retirement "number" from the previous section, it's easy to see that this isn't even close.

"I'm OK I have a Company Pension or Government Pension."

Well, hold on a minute. Have you seen this?

Chances the union pension guarantee program covering 10 million participants will run out of money by 2025 have risen to over 90%, the Pension Benefit Guaranty Corporation warned today in its annual report.

Without a fix, PBGC Director Tom Reeder has told Congress some union retirees could see their pension benefits cut by 90%.

What is the PBGC? It is a Corporation set up to take over pension plans from another Corporation or Union. When the Company or Union can't meet their Ridiculous promises or just want to make their balance sheet look and P & L look better.

You would think that common sense would prevail, but
NO, the false promises suck them in every time.

How do we expect a company today to be able to pay ex-workers 50-75% of the salary they earned, when they are not producing for the company. It makes NO financial sense.

It would make more sense to first educate
ALL the children in schools about money and finance.

Starting very young all through high school. Give them the knowledge and skills they need to become responsible, educated adults so they can make the right decisions for their lives.

It is hard for me to fathom that in such an "educated country" NOTHING in the financial arena is taught. Do you ever wonder why?

Obviously, the people in government aren't even educated in the financial realm. Look at the absolute mess that all those "brilliant" Congressmen & women have produced.
They don't know any more than the average person. (Sorry I digressed)
Now back to our story.

After all, we barely make enough money now to pay all the bills and provide for the family. How are we supposed to build a safe and secure retirement plan?

Congress wants to pretend we don't have a financial problem because they don't have a clue on what to do. Politicians are always BS'ing us to get elected or re-elected and then do nothing once in office.

Any extra money we have goes toward unexpected financial problems, such as the car broke down or we need a new roof. Maybe it goes to a family vacation, which tends to be costly, especially if you are going to Disneyland.

Soon the winning Quarterback of the Super Bowl
will be the only one who can afford to go to Disneyland.

We believe that we will have at least Social Security sending us some money every month. We have been trained to think that our income will or should go down in retirement. With the lie that ​our expenses will go down and we won't need as much money in retirement.

Social Security was never intended to be an individual retirement plan,
but a supplement to other sources of retirement savings.

Still, many Americans end up dependent on it.

Social Security is running out of money, actually more accurately stated is they ran out of money a long time ago. People collecting Social Security today are funded by the people working today and the government borrowing more money.

Congress spent everything that was in the "lockbox" and put in an IOU. Social Security will only be able to cover 77% of promised benefits beginning in 2034.

The financial Jeniuses (purposely misspelled) tell us that after we retire, our expenses will go down. Are they serious? Has the cost of anything gone down over time? Absolutely NOT.

As we grow older, our expenses still always increase. Not only with the cost of living (inflation), but now we need medicine, which isn't cheap, more trips to the doctor.

Almost all things cost more now than they did 10 years, 5 years or even 1 year ago. Costs will continue to increase.

You think that's not much and we hardly even use stamps anymore. Then you realize EVERYTHING has gone up that much, food, housing, gas, utilities.

Have you checked out the cost of assisted care or nursing homes? Just for minimum assisted care living in southern California. Usually $4000 - $6000 per month. What about a significant health problem such as cancer, costs could be hundreds of thousands of dollars.

Even if you own your home free and clear, you still have to pay the taxes, or the government can take your home and sell it for the back taxes.

Why do all the "experts" say we need to cut our lifestyle? While they fly around in private jets. Maybe when they retire they will cut back and fly on smaller jets.

Even if we do reduce our lifestyle, there are only so many things we can cut.
We can't cut out food, gas, insurance, electricity, etc.

Here is a chart the financial advisors won't show you. I learned this from John Templeton, or Sir John Templeton is widely considered to be one of the greatest investors of the 20th century. He was the founder of the Templeton Funds in 1954. (from Investopedia)

Did you know just the difference of 2% in your rate of return?
It can cut your return by almost half.

So if your FEES were 2% per year, which doesn't sound like much but look at the chart below.
Here's an example based on a one-time investment of $10,000. No additional money was added, and none withdr​awn.

​What most people get from social security, or other government agencies Is barely enough to survive on. The government doesn't want you to have a safe and secure retirement plan.

It's designed to produce dependent people, so you never get too much. That way, you always need the government to help you, you become dependent on them. That is their way of staying in power.
The government won't help, depending on your assets, they don't want you to be self-sufficient. That would put them out of work. They want you to have just enough so that you still need them, and they stay in power.

Most "financial planners" push stocks, annuities, and whatever they can make a commission on. You can't blame them. They have to feed their families too. They never talk about an investment that far outpaces what they sell.

Our dream of retirement is rapidly becoming our nightmare.

In my next post, ​we'll go into detail on a ​safe and secure retirement  plan that will far surpass whatever you've been told by the conventional media.

PS: Our Federal ​​Government is currently "printing" $2 TRILLION ho help us get out of the financial situation they caused. Can you say "Inflation" I knew you could?

​In my next post, I will go over a detailed plan that I believe is far superior to what the general public is exposed to.
​You will see a plan to build a Safe and Secure Retirement Plan for you and your family.
It will keep up with inflation, give you cash flow, and reduce your taxes. People will buy the investment for you! So don't miss my next post.